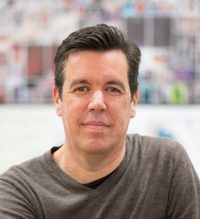 Prof Gareth Loudon (Director): Gareth is Head of Programmes (Innovation Design Engineering and Global Innovation Design) and Professor of Creativity at the Royal College of Art in London. Gareth’s research interests focus on creativity and the innovation process, combining ideas from anthropology and psychology, engineering and design. Gareth has been active in academic and industrial research for over 30 years and has also taken several research ideas all the way through to commercial products for companies such as Apple and AsiaWorks. Gareth has also worked for companies including Cegelec and Ericsson. Gareth has several patents and over 90 publications in total. Gareth has won many awards including Best Software Product Award at COMDEX Asia, and for his concept design work from IDSA/BusinessWeek. Gareth is a Chartered Engineer, a Fellow of the Institution of Engineering and Technology and a Fellow of the Higher Education Academy. 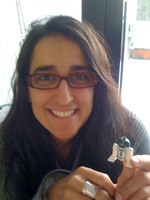 Dr Gina Deininger (Director): Gina is also co-founder and School Director of Create Schools gGmbH in Munich  – a new school initiative for creative children, original thinkers and children with special potential. Gina completed her PhD in 2013, entitled ‘Does State of Being and Dynamic Movement have a relationship with Creativity?’. Gina is also an international artist having exhibited and sold work around the world. Gina’s research focus is on the creative process, looking across the disciplines of psychology, philosophy, neurophysiology and physics. Being an artist has provided Gina with an invaluable personal insight into the creative process. Gina has also worked with children and adults for over twenty years in the area of emotional & creative intelligence; developing programs to enhance creativity and emotional well-being.

We also have several associates linked to the Centre for Creativity who are involved in different projects and training activities.